There are already quite a few LetsPlays of DT3. I'd like to feature the ones I've found so far. On the side, there is a link labeled 'DT Playthroughs' that has links to all 3 game's LPs. (That I've found.)

So far for DT3, there's: (Oh yeah, they're all voice commentary as they play)

DieHammerbrueder
This is slit08's playthrough (and his friend, Steve) of the game. This was started a few weeks before the game had its full release, so you can see some things that were changed. They speak mostly in German for the LP. They have silly antics throughout. Slit also has a very good understanding of the game. I saw Slit as somewhat of an average player at first (years ago), but he's proven that wrong many times. Not just with DT, but overall. It also feels like his gaming skills have improved over the last 3 years. Slit's biggest thing that he monitored were the visuals and was usually on me about that. He's part of the reason why some areas look better than what I would have left some of them at.

Hadriex
He got a beta version of the game back in early July so he could make the teasers and trailer. This LP is his edited footage of all that. It shows the game in an even earlier state that slit's playthrough, well at the start anyway. Hadriex had a constant barrage (as he'll mention in the first video) of updates. He has a certain personality he likes to display for his LPs. Something nifty that I noticed while watching his videos is it's clear that he's played a ton of games. (I, and the testers, had access to mostly unedited videos of his playthrough for feedback) There are times when I'd see him get stuck on something and I'd think, 'Hadriex, come on now buddy, why are you getting hung up on this?' and then there would be lots of times where I'd think, 'Oh yeah, this part will stump him for a bit.' and he'd just get it... instantly. This happened quite often. He tended to understand the more abstract video gamey things, which DT3 has a lot of.

KoishiTheRock
Another of the testers that wanted to do an LP of the game. He started with the same version all of you got, and he's new to making LPs. There's also a reveal on his first video... I uh, I wouldn't do the thing that you see on the title screen in his video. Koishi didn't focus on anything in particular during the years of playtesting DT3, but he did often have insightful things to say. I think he found the most crash bugs. Maybe he just likes breaking things. No really, he found the weirdest crash bugs at times. (All of which were fixed.)

RobinLSL
This guy is always so calm sounding. Click this link and listen to this guy's soothing voice. No matter what, he's always so happy and calm about things. Why do you not have more than 1 video up yet? (At the time of typing this.) We demand more of your voice, Robin! His catch phrase is, "Sadness."

Suitcoat Guy
I don't know who this is, but I found him while searching for LPs of the game. He does bite-sized videos typically ranging around 12-16 minutes. There's this vibe of determination when he speaks. When he gets through a particularly challenging bit or on a part that he lost to a few times, he gets that 'moment' of victory. You'll know when it happens because you'll feel it alongside him.

Patches to the Game
You'll see patches to the game linked on the side from time to time. I may list off the notable changes when they do happen. They're not super duper important to get unless I have some message of "OMGZ, GET THIS!" (Though I do recommend having the most up to date version because... reasons?)
The most notable thing of the v1.01 update was the extra option for Chao and the heart drop in the second boss.
There will be a v1.02 soonish. The big thing (that most of you are already past) is better clarification of the final puzzle in the forest level of Gate 2 and some little typos fixed here and there. The biggest thing coming for v1.02 that NZZ reminded me to have is the ability to turn off what he calls the:

It's the static that appears every time you die. For LPers, you probably want to keep all that more controlled, so there will be an option to turn off the static on death if you want. (It will essentially use the quick game over method that you see when you use the 'Force Game Over' option in the menu.)

Also there hasn't been a pony on here in awhile, I'll fix this. 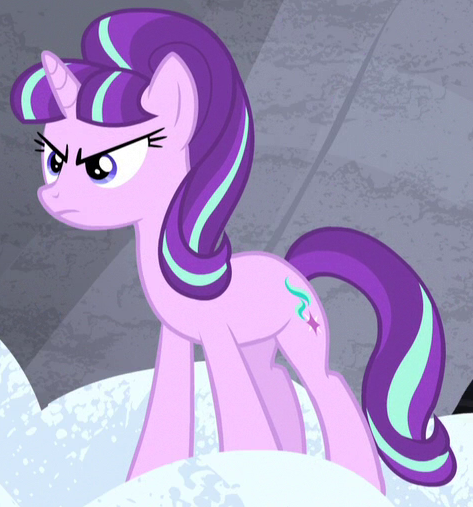 If you don't think she's the best, then you're a liar.
Also, holy dicks you guys, play Undertale, seriously. Like right now. Put DT3 to the side for a bit (or after DT3 if that's your thing) and play this game, it's amazing.
Posted by ZephyrBurst at 4:26 AM


Yay! That thing becomes quite straining on the eyes after a few hours.

By the way I have also 1 question.

While I was grinding money I noticed a skill that reduce charge of special weapons in Gate 4. So the question is:

1. How to charge special weapons from Gate 4? I tried holding Action B and Action C buttons but didn't work. Also charging don't work with grappling hook.

the electric shaft still sucks though

Hey, Anonymous. Could you tell me how to charge special weapons?

About electric shaft you must do wall jump. It's so hard though.
My way: assist mode, elemental every elemental ressistance, flinch time skill maxed out and full health potion. Then just rush through electricity on the right wall. It's painful way but much easier to execute.

i lost my save if i download the newest version?

Hi Kamil. I could tell you how to charge special weapons but that would be a small spoiler.

I'm not sure the skill bonuses for Agility match up in the upgrade description and the actual description after upgrading.

Any way to make this game run at 60fps? From what I can tell, it seems to run at 30fps regardless of vsync setting.

Ah, I forgot to mention how that works for patches. All you gotta do, if you're downloading just the exe, is put that in the root 'Distorted Travesty 3' folder. (Where the other exe is) Run that new one is said. As long as it's in that folder, it'll load your save just fine.

You did very good job with chapter 10, ZephyrBurst. I really like the atmosphere and the story is getting more interesting.OMG, there is another climbing section and this time it's my favorite kind: speedrun with riddles. Argh... After that is my favorite part. Wathing this guy smiling face when he get a snack. That's so cute.

The second OMG is trap after that. I thought it will appear near the end of the game.

One more funny thing about Gate 1. I noticed that if I wait on the pipe for bullet bill to cross the pipe and enter the pipe I will get hit by it while entering the pipe.

Is there a fix for the slowdown in the pipes, or is that something we have to deal with ourselves.

Or, alternately, am I a moron and missed where the fix was posted?

Slowdown in the pipes? I will need an explanation. :3

And yeah, good ol chapter 10. I thank you for keeping that spoiler-free. Let's keep that up, especially gameplay spoilers.

I meant the game running very slowly on certain systems. I don't recall seeing a fix.