Edit: (December 9, 2010) That crash bug I mentioned in this post... well the fix is finally released, along with another bug that was reported about the game crashing in the control setup window of the menu. A null sound was returned and crashed the game. This update fixes those 2 bugs along with a slight efficiency boost in one of the submenus. (Found that while fixing the sound bug with the control setup.)


Been working on the bullet hell very very slowly. Actually got a small playable prototype out to 4 people. All positive comments, but then again, it was a tech demo of sorts and wasn't much to comment on. People said the idea looks promising though, so yay.

Well I've had a fun and interesting week. Some of the activities include a few unexpected job opportunities, seeing family again for the first time in over a month, being held at gun point, etc. You know, typical daily stuff.

The next game I am making is of the bullet hell variety. It's an idea that I had made a prototype of even before starting Distorted Travesty. When I get something that I feel is worth showing, I'll... well possibly show it. If you couldn't tell already from playing the second half of DT, I like the bullet hell sub-genre. I've just never made a full game from it. The two shooter levels in DT were very basic and easy for bullet hell and this game is nothing like those two levels. I won't give away what the gameplay mechanic is yet. A few know what it is already, but I'm not publicly giving those details out yet. As for progression, it isn't going to be like standard bullet hell, but more like Star Fox where you can change the story path as you play. It probably goes without saying, but I will not be using sprite rips. That was specifically for DT due to what the game world was.

On the mentioning of DT again, a crash bug was found by Slaix when you try to save. It occurred for him when he tried to save on the 4th map of the West Side Jungle. (The map titled "...What?  I couldn't think of anything.") It doesn't bug up the save data. This bug should actually happen 100% of the time any time you save, but it seems to be incredibly selective. I fixed it, and will upload the fix for it sometime. It will only be the EXE for now, and remember it is only for the completed encrypted version. (I can make an update to the older version upon request though.)

PS. I need to remember to print an updated copy of my car insurance, it's out this month.
Posted by ZephyrBurst at 2:08 AM 2 comments:

Read If You Update

Edit: (November 10, 2010) A few people have had some trouble with the sound extension. It doesn't seem to be loading in the sound effects at times. For those of you that this happens to, you're SoL... okay not really. It seems to be a sound card issue. Your best bet is to update your sound drivers. On the note of drivers, if you get an error message the moment the game starts saying something close to "Failed to initialize surfaces", you may need to update your video drivers. These and/or a restart, I hope will help out some of you.


For what I'm doing next, this screenshot sums it up nicely. 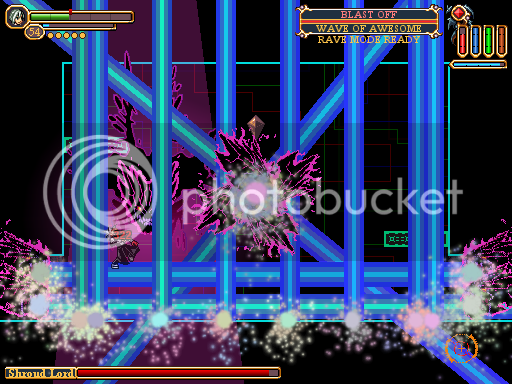 This is it, this should be the last update ever. (Aside from bug fixes that are reported.) It has the new sound system fully in place. The sound changes cannot be turned off anymore, there's no need for it.

The game loads a bit faster now since it streams all the music files into the game, which means it doesn't take as much memory to run. It will stream them in and out of memory now. (I have yet to see any loading breaks in the game due to this.) The sound effects are not streamed however, they are loaded in the same way they were before. The memory leak mentioned earlier has now been completely fixed, yay!

The encryption on the save files is done... it is not "real" encryption. The values are just mixed up when they are saved to the ini file and converted back after the game loads them in. But it does hide everything now. (Feel free to try figuring out what I did, it's probably not that hard to crack.)

I ran through all key points in the game and made sure all the sound changes work. All that should be bug free. A few other minor bugs were found and fixed as well as one crash bug with a boss in Black Rock.

As always, have fun and thanks to those of you who have followed this project for so long and put up with my numerous bugs, delays, and other shenanegans. Oh yeah, file size only went up 8 MB.

Reminder: Slaix is doing a play-through on Hard and posting it here.
Posted by ZephyrBurst at 4:03 AM 3 comments: