Where Did September Go

It went by way too fast. I feel like I didn't accomplish much for DT3 this month. Oh well, progress was still made at least.

Zelda Warriors Dynasty Battle Rifle
Dynasty Warriors: Zelda Edition is fun. It is exactly like Dynasty Warriors except a bit better because you can actually tell friend from foe at a glance because everyone and everything are so diverse and of course, iconic. That and the field isn't just an ocean of silver armored dudes. Endless waves of the same armored dude, both their side and your side. The gameplay is also more fluid than any other Dynasty Warriors game I've played, though I haven't played any in the last two years, so I don't know if that was already addressed before Hyrule Warriors.

Mother 4
So this game is coming out pretty soon. It's an unofficial continuation of the Mother series, if you're already a fan of those games, you've probably already heard of this project. They've worked on it for quite some time and one I'll be playing when it's released. My goal is to have DT3 done after this game is done. I think I can do that. (There is no typo there.)
Posted by ZephyrBurst at 4:15 AM No comments:

For the past year, of all the upcoming content left to make, Chapter 19 is what I've been most looking forward to. Every chapter in the game has some sort of theme to it and I try to stick to that with all of its content. Some of it is subtle, and not so much. With Chapter 19, it's pretty easy to say what it is and without giving any spoilers. There's no way to say it plainly without it sounding egotistical I think, but it is what it is.

The chapter is essentially about me. More specific, it's about my thoughts and fears. About my thoughts on video games and where I think they're going. I don't expect to be able to pull it off 100%, but I think I can get at least some of those inner thoughts into the game properly, and this time without them being tainted by sarcasm and satire like I usually do.

I don't think I need to say anything more about it. I hope to be able to pull it off well, and I think I can.
Posted by ZephyrBurst at 1:52 AM 5 comments:

The Next Part; in a totally serious manner

Now that Chapter 19 content has my focus, the game's completion doesn't feel so far away anymore. So for this post, I'd like to talk about all the exciting news and happenings coming up for the game!

From now until October 15th, if you pre-order DT3, you will be rewarded with exclusive in-game content such as the incredibly powerful "Double Awesome" attack that Jerry can perform!


You will also be granted, for free, yes free, the "No Bird Mode" that millions of you have requested. I know many of you don't find birds an attractive part of your everyday gaming experience, and I wouldn't want to impede on that. In fact, I'll be including DLC for removing all forms of self-expression.


Pre-orders made after October 15th, but before the game's extremely anticipated released date will still be given the much sought after "No Bird Mode"! For anyone that prefers not to preorder, the above features can still be obtained through DT3's all new "I want your money" mode, where you can download exciting options for the game, all fairly priced!

Just a look at some of the amazing DLC to come is the "No Death Mode" where the player is immune to losing! Because who needs skill when you have money!? For five real dollars, this mode will remove all the frustrations and sadness from the game, while still retaining all its fun!

While I know I shouldn't announce it this soon, but DT3 pre-orders will be 67% off during Black Friday, and 33% off during the following weekend!

And there are even some very awesome exclusives coming up for both Intel and AMD users. For Xbo, err Intel chip users, you will have access to various hat cosmetics in various colors for Jerry! Those of you unfortunate enough to have AMD will be able to access various cosmetics for Claire! Just press the Spacebar during any moment in the game and a very welcoming window will pop up presenting you with the "I want your money" mode, where all these wonderful, and well priced I might add, cosmetics are available for purchase! These cosmetics will all be exclusive to their conso... err processing chip until April 1st, 2016!


I'll continue with my real posts now.
Posted by ZephyrBurst at 12:35 AM 5 comments: 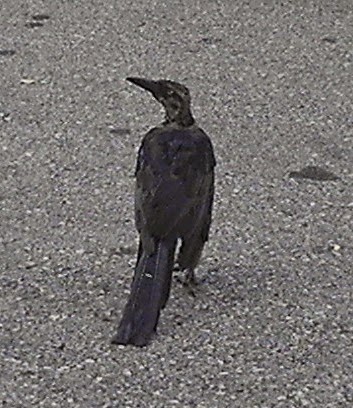 Useless Info About DT3
- There are more boss fights than DT1 and DT2 combined. I'd say for the most part, they are all better.
- There are more event flags in the pre-end game chapters (1-15) than DT1 and DT2 combined.
- The Gate G (Gate 6 Nightmare level) boss has the most HP of anything in the game, but can be defeated the quickest. (To my knowledge.)
- It should also be noted that the Gate G boss will result in so much fan rage, which delights me greatly.
- There are over 100,000 lines of code.
Posted by ZephyrBurst at 3:43 AM No comments: