DT3 and some Birds

Wait... I already posted the screenshot displaying the arrival of more birds to the game. Here's a grackle then. 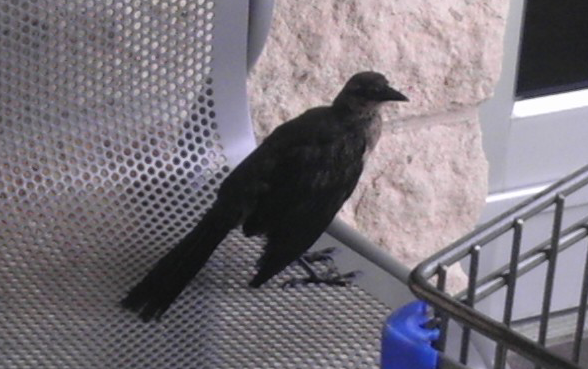 He still won't get too close, but he visits every day. It's a somewhat young male grackle. He couldn't fly when I first saw him a month ago because his wing was messed up. It still is today, but he's able to fly now. Not as well as other grackles, but he's figured it out despite the handicap. He'll probably be like that forever though. Looks like he got the wing injured while he was still developing... well he still is.

I may try to get a good picture of Alexander up-close, he's also a daily bird. Actually he's the first one I tend to see every day, and usually before I even get to the building to clock in for the day.
In case you haven't seen him, here's the video again.

Random Useless Numbers
These are all what is in the current project, this will change by the end. (Which is getting closer. Dear god when is this project going to end?)

There are:
-110 music files
-122 sound files
-228 different enemies (35 of them are boss encounters)
-510 collectibles (This includes chests and all that)
-65 useless stats tracked (This includes the highest number of bubbles seen on screen, that's important to someone, so it must be tracked!!!!)

The Forest Palace in Gate 2
I believe I said at one point that I really didn't like this level. You may remember it from the demo, probably not, it was forgettable. (The one with the fake floors and the dragon boss from Zelda 2.)

Well I've gone and done what I set out to do. The old one from the demo was trashed because that's what it deserves and a new one has taken its place. 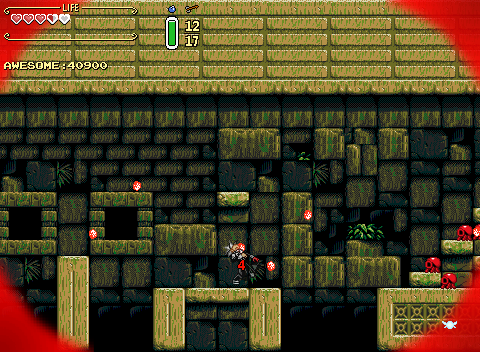 You might remember this layout from the original. It's the only thing (along with the block puzzle) that I kept in this version of it. The rest is completely new and with a puzzle that spans over the entire level. I won't reveal the gimmick used here, you'll find out in a few months when the game is released.

More NZZ Madness, but in DT2
In which he displays mastery of DT2 mechanics.
https://www.youtube.com/watch?v=sqwCIRqeEpg

And then reduces all difficulty to seemingly, zero.
https://www.youtube.com/watch?v=O9Y5OkdbKFY

And one thing in DT1. He recently put up a video boss guide for the bosses in DT1 for all difficulties. Here's the Shroud Lord.
https://www.youtube.com/watch?v=dstPTVzpNdU


Posted by ZephyrBurst at 3:05 AM No comments:

I missed the 200th post mark, anyway... This post was going to be a drama filled mess, but why do that when I can post a screenshot?

The above screenshot displays what is probably my new favorite DT3 boss fight. It uses some mechanics that were normally reserved for just exploration and obstacle surpassing. It turned out pretty great I think.

And now for another shot. (Because I don't want to spoil how the above encounter works.)

More birds have invaded the game. Look at these little guys, they're just so adorable. Also another change to the game is that the dive-bombing birds will only fly away from Jerry.

FAQ
There is now a short FAQ linked at the top alongside the Contact Me page and the very coveted Squirrel Spider. Don't lie to yourself, you want one, more than you've ever wanted anything.
Posted by ZephyrBurst at 3:11 AM 3 comments: