Edit: (3/5/2014) DT1 and DT2 have been updated to fix a few things that DT3 had recently gotten.
- When starting/closing the game (for Windows 7 users) it will no longer flash your monitor black for a moment as if it's trying to reset your display.
- An input bug that would cause you to redo an action after taking damage if the key/button was still held down has been fixed. This was most noticeable in DT2.
- When using F3 to swap window sizes, it will no longer cause full screen to function improperly.

Also the Filefront downloads have been removed completely. Filefront has changed their upload methods and policies and I am no longer using their service. Most of the Filefront links didn't work anyway. I will look into an alternate download source for people that can't connect to dropbox servers. I've been given a tip for google drive and have been thinking about them anyway. That may appear on the side links in the future.

I don't post updates here too much lately. I'd rather not talk too much about what's happening with DT3, plot or gameplay wise on where it's at, cause spoilers. Expect monthly updates instead where I'll do an info dump of stuff.

But before all that, grackles! 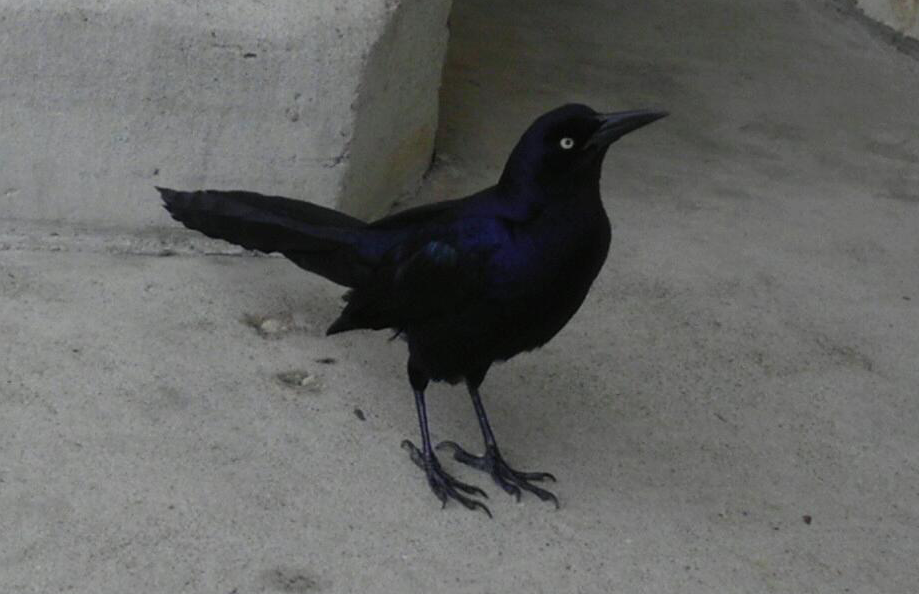 Here's “Alexander the Destroyer of Worlds” posing for the camera.

Gate 6 Mobility
The player gets one more mobility based ability during Gate 6 that can be brought outside once the Gate is complete. It's pretty nifty how just one thing changes how the game feels and plays. It had been in the game for some time, but feeling it out in levels that are designed to make use of it shows it's quite a game changer.

I'll spoil it, it's nothing too original. It's a double jump, a proper double jump. No Blast-Off to cover that and yes, you still get your air-dash. Currently, it uses the same recovery logic that air-dashes use as well. This was originally going to be an upgrade to the jump height of the player, but anomaly had convinced me a double jump would be a better alternative mostly due to a height upgrade would throw off what the player had been used to for so long. I had come up with plenty of my own reasons why I liked the idea as well. The big idea for it is to cover more ground vertically. There is a design complication with DT and its vertical shenanegans that I will be covering in a video. The voice quality should be tons better as well. I've been working on projecting my voice better and not speaking so fast. That and Jerry got me a new mic, cause he's seen some of my videos and made fun of me, then said, "You need a new mic, expect one for Christmas!" So that happened. (Quality difference is crazy noticable.)

Money Change
Income in DT3 is an issue. No matter the price of items, it seems it's an issue. The tester that was big on this was NZZ, and he had come up with some ideas of reducing late game farming without making money useless altogether. One thing being a way to get 2x money from enemy drops.

WhattayaBrian had also mentioned these issues to me and suggested a crazy change. His idea was to change wallet upgrades (those things that increase your wallet capacity by 100) to money pickup multipliers and make the wallet capacity a fixed value. To make a tl:dr version of the conversation. I went with his idea as I liked the reasons why and it covered the issues that NZZ was having with income in the game.

I had 20 wallet pickups and decided not to change that value. Each pickup increases money from enemy drops by 10%. So up to 3x money gain. The base coin value in DT3 from greens is 1. That number can't be multiplied by 1.1 very well, so the base coin value was changed to 10. Blues give 50, yellows give 100. Everything else in the game had its current price increased by x10 as well. Items that were once 320 are now 3200. Within the game rules, nothing has changed, simply an extra digit. The new wallet capacity is currently 20000.

Slaix223 had this to say about it.
"And in a single update, DT3's economy collapsed."

WhattayaBrian's response to the previous post's quote.
"I saw the post.
I am immortalized."
Posted by ZephyrBurst at 9:12 PM

My idea was to have a late-game optional boss drop an equip item that would double money gain, but this is better, since you build it up over time and the overall endgame money multiplier ends up being higher. It also makes wallet upgrades worth getting for reasons other than "I need at least one to get Force Armor."

Why did you disable comments on all your youtube videos. I wanted to comment on your DT3 playthrough!

'It also makes wallet upgrades worth getting for reasons other than "I need at least one to get Force Armor."'

Brian said the same thing. I'm pretty sure you're both actually the same person, but in 2 bodies. The similarities in feedback in uncanny... Though it seems the NZZ half got most of the gaming skills. :P

Give me dash buttons and I'll show you!

When it's good and ready. :3
And that input bug is a thing of the past. THE PAST!!

Then patch it back into DT1 and 2 plx. As well as the set resolution change.

Also, comments were disabled because I refuse to touch Gargle+ with a 39&1/2 ft. pole, and without it, I apparently wouldn't be able to find comments even if I got any. I think YouTube might have fixed that, but I'm still completely unable to respond to comments.